Why is a player assigned two teams? Print

A player can belong to several teams yet only participate in one within the same game. Team configuration depends entirely on how the game master organizes the game. This person can organize one game by Regions and another by Departments. It does not make sense to assign several teams to a player in a single game.

However, a player may change teams. He or she may belong to Team A and later switch over to Team B. With this scenario, you want to perform two actions: assign the player to Team B AND remove them from Team A. You can carry this out on multiple players by specifying this action when importing users into the new game. You simply need to use the Reset teams option.

Using the Players template, open the Excel file and add a column next to the team with the name Reset teams. Afterwards, add the word Yes to all cells:

Import this file into the platform by selecting the column Reset teams and making sure to check the Update existing records box. This will not just assign the existing players to the game but will also update any data they have stored in the system (if you are not sure how to import users into your game, click here to see a tutorial) 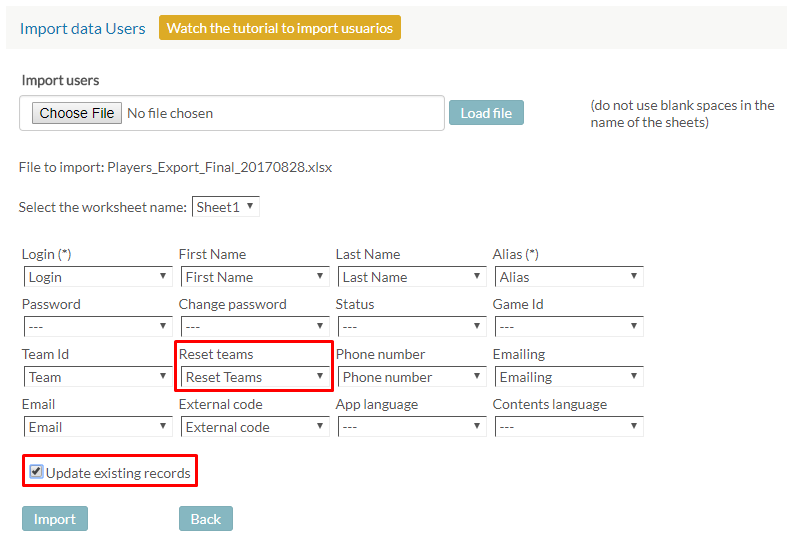 By following these steps, you update the team each player is assigned in the platform. It is not limited to your specific game.

IMPORTANT: Remember you must create teams in Atrivity before importing the list of players with the updated teams. Click here if you need more information about creating teams.