How to add new and existing players in a game Print

The system lets you import new and existing users just once from a single Excel worksheet.

When importing users, you can decide what the system will do when it detects existing users. It can either update all data or keep existing data stored in the system.

Check out the image below: 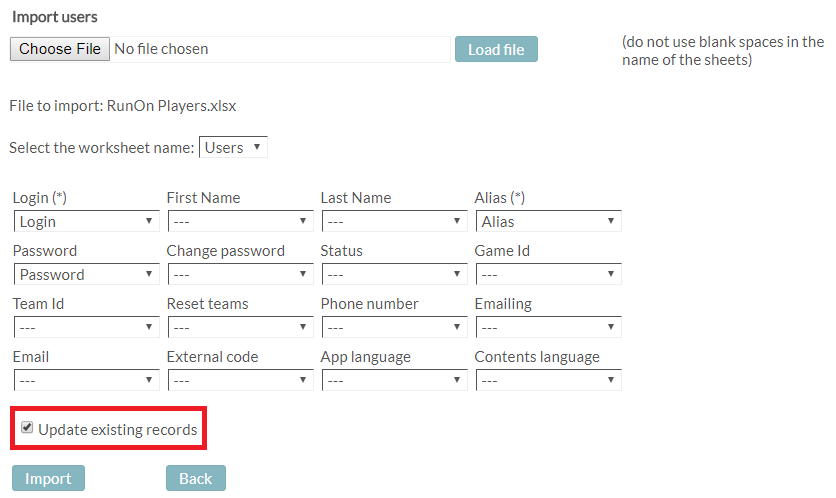 For example, if you assign an existing user to a new game and do not want any data modified, such as the password, you have two options:

Regardless of whether you decide to update the existing user data, you have the option to choose specifc columns from the Users Excel spreadsheet to import into your game. Please note the Login and Alias fields are always mandatory.

Take an existing user as an example. Let's say you want to assign the user to a new game. However, you also need to change the user's First name (David versus Dave). In this case, you would import the Users Excel spreadsheet and include the mandatory fields (Alias and Login). You should also include the First name field and select the “Update existing records” box.